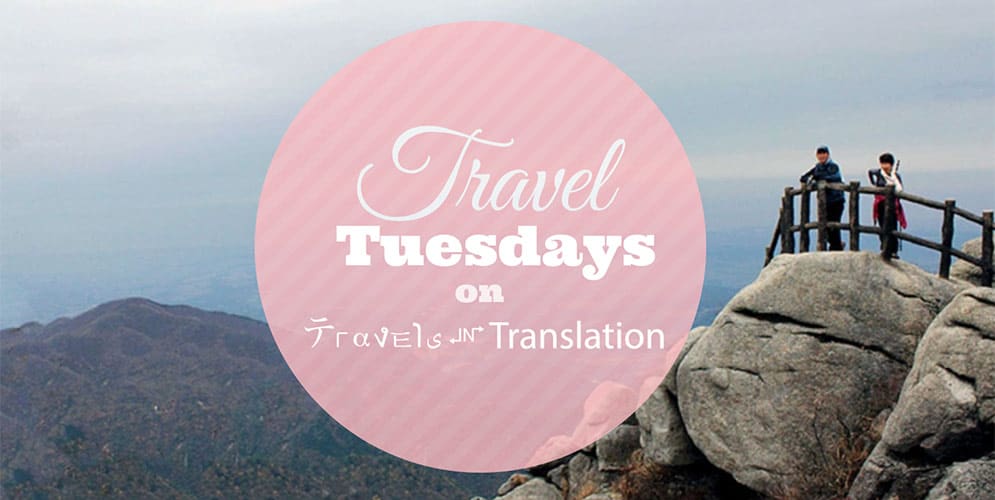 This week we would like to introduce Milene van Arendonk of Milgrations. Born in the Netherlands, Milene has lived in four countries and is trying to overcome her fear of water. She blogs about her adventures and explorations while integrating into unknown countries. She also covers the aspects of the local culture of the country she is residing in, which at the moment is Argentina.

Uganda has frequently been featured in the news recently for ridiculous bills that the current president is trying to pass. However, don’t let the negative press dissuade you from visiting, as it is still a great country to travel to. The country is called the Pearl of Africa, and with good reason.

The nature in Uganda is so diverse and incredibly green that you would think you are in many different countries at the same time. Uganda offers several National Parks all of which are home to wonderful animals. In the south you can see the famous mountain gorillas!

However, when you go to the villages in the North, you will see the devastation of the war and the former child-soldiers who are trying to find their way back into society. These villages are trying to forget the past with the help of western non-profit organizations that are trying to collect data and help out wherever they can.

The country has a terrible history but the people are trying to forgive and build a new Uganda. I was living in Luwero for 8 months, which was the centre of the Ugandan Bush War. I spoke with many people who had to hide in the bush, had to flee from their homes, had to leave people behind, and even saw family getting killed in front of their eyes. These stories were upsetting, but the strength those people showed me was inspirational.

During my time in this little village in Uganda, I learned many things and think that some of those things ought to be shared. I went to this village without knowing much of Uganda’s past, except for what I saw in movies such as The Last King of Scotland and Rise and Fall of Idi Amin.

I chose to volunteer at a school in Uganda and dreamed of walking around in my flip-flops and shorts in the sun, playing games with the kids, and having a great barbecue of wild-meat every day. You can probably guess that wasn’t the reality, but I hope that others can be a bit more prepared than I was. Here are a few things to know before you go to Uganda. Yes here it is – the mini skirt. Uganda’s strange ban on this piece of clothing have left many confused and in an uproar. I’m not going to tell you not to wear it, but just know it’s just not really accepted, especially in villages.

Uganda is a religious country, and therefore, the women wear skirts that cover their knees. I always walked around in a miniskirt, but with leggings to cover my knees – which was perfectly acceptable. Of course there are some tourists who don’t seem to give any consideration, but they will receive frowning faces and negative feedback from the local Ugandan ladies. In Uganda you will feel probably exposed and vulnerable, mainly because you’re white. Many prices go up when a white person tries to buy something, many men will touch your arm if you are a woman, and if you are a man, many women will want to sleep with you – prostitutes even decrease their price for you.

Everyone in the street will shout “muzungu” (meaning white person) at you, and people will call you this rather than learning your name. I have seen and heard many western people getting annoyed by this term, often yelling back “I have a name!”. But don’t bother. Let them call you “muzungu”; you probably don’t want them to know your name anyway.

After one month living in Luwero the people started to call me “Mumilene”, which I loved! I didn´t tell them to call me that, and most of the people I didn´t even tell my name to. So you can see, treat them with respect and you get respect in return. Uganda is a religious country with lots of new believes attached to the Christian believe. The Seventh Day Adventist and Born-Again Christians, coming from the USA, were quite new to me. You will hear the Born-Again Christians from miles away, as they shout, sing, scream and practice exorcism in the streets. Once in a while you will hear “fire, fire fire!” out of nowhere. Don’t be alarmed as this doesn’t actually mean there is a fire, this means that there is some kind of exorcism taking place. The Born-Again Christians are quite loud because they believe, the louder you are the easier god can hear you.

There is also a huge believe in witchcraft. Witchcraft is everywhere and many, many Ugandans believe in this, believing there are people with special powers, those people can either heal you or curse you. When people die without an obvious reason people blame witchcraft for it, some even get so scared they don’t leave their homes anymore. There are wonderful and bad stories about witchcraft, but don’t worry about people trying to curse you. In the capital, Kampala, you can get money at the Stanbic or Barclays bank. The Barclays gives you a maximum of 1.5 million shilling whereas the Stanbic has a max of 250,000 shilling per day. Therefore in Kampala you will not have any problems withdrawing money (and trust me with 250,000 shilling you can live for about 1 month – if you’re not living a western life). However, when in the village you probably won’t have the luxury of getting to the bank every time you run out of money, so you’ll need to think ahead.

Luwero didn’t have a Stanbic nor Barclays bank and therefore I had to go to the next village each time to get money. This involved a walk of 45 minutes and in the heat, sometimes it was devastating. However, I didn’t need much money. With the 250,000 shilling (about US $99) I lived comfortably for 3 months. However, I sometimes went to Kampala to meet up with some friends and ran out of my money more quickly. So make sure to have enough money with you, but not too much. Uganda is a safe country but, like everywhere else, there are thieves and pickpockets here as well.

Enjoy exploring the true pearl of Africa to the fullest – You´ll fall in love just like I did!