Ever wondered the differences between shumai vs gyoza? Which among the two have you ever eaten or which one exactly is your favorite?

Or if you have always eaten both of the two, did you notice any difference between the two? If you are reading this post, you must be new to these dishes or you are one of them and don’t know another or even you know both the shumai and gyoza but you have no clue when it comes to their differences, right? 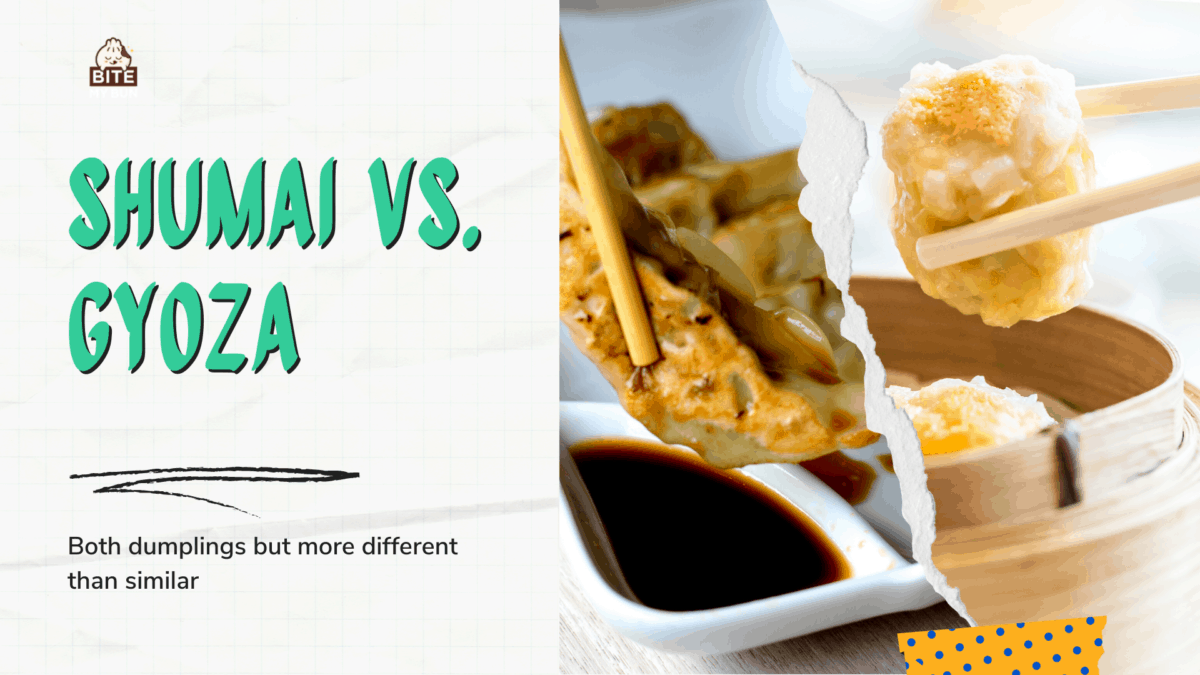 You don’t have to take the above asked questions seriously since in this post, we have you covered on whatever information you may want to know between shumai and gyoza!

You are about to learn something new and know all that you have been missing when comparing the differences between the two!

With much said, let’s give it a go and discuss more about the differences between shumai vs gyoza! Hope you will enjoy reading this article and welcome aboard!


All you need to know about Shumai

Do you know what Shumai is? If you answered with a no, then you should know that shumai is a type of traditional Chinese dumpling that is known to have firstly originated from Hohhot. You should also keep in mind that in Cantonese cuisine, shumai is always known to be served as a dim sum snack.

The dish is also known to be common among Chinese in diaspora such as Japan and many other Southeast Asian countries. That said, do you know that there are several shumai popular Chinese varieties? If you have no idea, then keep reading to find out!

In China, the fillings in the shumai are versatile in that they vary depending on the season, for instance, garlic chives during spring, mutton and pumpkin during summer, crab meat in autumn, and lastly mixed seafood when winter arrives. Sounds amazing, isn’t that so?

These are some of the varieties of shumai that you need to know about:

Apart from China, there are also several varieties of shumai available in other countries such as:

From the above listed varieties of shumai, we are going to discuss some of them further.

They only have one filling which is always chopped or minced mutton, scallion and even ginger.

If you are in the West, then this is the type of shumai that you are more likely to have a taste of or you had tasted before. It’s also known as “pork and mushroom dumplings”.

Depending on the season, you are also more likely to notice fillings such as Chinese rice wine, soy sauce, sesame oil and even chicken stock.

Also known as chrysanthemum shaomei, this variety originates from Changsha, Hunan province. It was named so since it has an opening that resembles the chrysanthemum flower petal shape.

It has fillings such as glutinous rice, pork hash, shrimp, shiitake mushrooms, bamboo shoots and onions.

Well, this type of shumai is prepared in the Jiangnan region and stretches from Shanghai to Nanjing. It boasts of fillings that are more similar to zongzi from the region.

This contains marinated pork pieces in glutinous rice, soy sauce and lastly Shaoxing wine that are steamed with pork fat.

The Uyghur people in Northwest China of Xinjiang opted for two varieties that are different from those in Southern Xinjiang. The difference is in terms of method used and even ingredients used.

The Northern version mainly entails mutton or beef, green onion and radish while the Southern filling mainly consists of glutinous rice that has smaller amounts of either beef or mutton.

All you need to know about Gyoza

Japanese Gyoza dumpling is a dish that is made by filling the bottom with meat and vegetables, and then wrapped using a small skin.  Again, you need to know that Chinese original word for Gyoza is Jiaozi which was adopted to the Japanese cuisine located in Manchuria which is in northern China. Japanese Gyoza is categorized into multiple versions. There are four types of Gyoza and the difference is mainly on the way they are cooked. Just do dig deeper, below are the four versions and what you need to know about them:

What are Gyoza fillings? Well, ground pork and cabbage or even Wombok are known to be the traditional main ingredients of Gyoza but you may choose to use different ingredients and if you do so, you need to know that the name changes too!

Which ingredients are you thinking of using? You must be thinking of something that will make you Gyoza a plus, right?

Whatever you might be having in mind, go ahead and try it out since it can make the final result amazing for both you and your loved ones!

Ever been into a dilemma? If it has been a while, then you just stumbled on this one! Which one of the two – cabbage and wombok will you go for?

Well, in several Gyoza online forums, this scenario has always sparked tons and tons of answers and the discussion never seems to end. The question on which of the two ingredients should be used.

There is no need to keep mind boggling on this issue. Usually people tend to opt to that ingredient that is in season. For instance, if it’s always summer Wombok is always out of the season hence people using the cabbage.

In case you happen to find both the cabbage and wombok, you need to make a decision based on factors such as the freshness, availability and even your personal preferences.

Go for something that will turn on your moods and your appetite!

Based on the above mentioned factors, which one of the two will be your best pick? Well, that is you to decide…and good luck!