One of the best ways to get to the heart of a destination is to read up on its culture and traditions. Not only does this enable you to make sure that you’re being respectful, it can also give you an idea of the best time to visit a place to see some amazing events. Whilst it can be tempting to always travel in the warm summer months, cultural events happen year-round, meaning that you can easily take advantage of travelling off-peak, and still get an amazing, authentic experience. 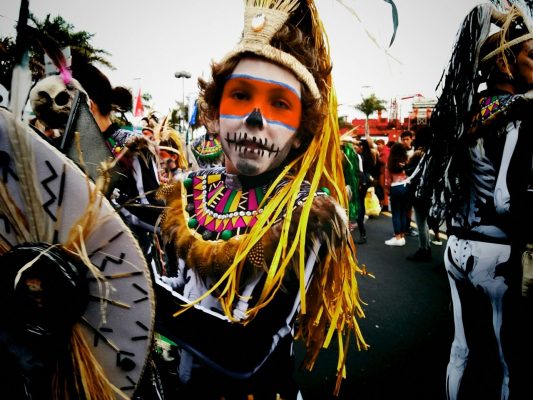 The Canary Islands are historically a Catholic archipelago, so a lot of the traditions and festivals come have religious roots. However, today the festivals are enjoyed by a wider range of people in the community, and the best way to see them is to throw yourself in with the locals and get involved.

Here, we take a look at some important traditions you’ll want to know about.

Second only to Brazil’s Rio carnival, the Santa Cruz carnival in Tenerife is several weeks long, with indoor events and competitions taking place before the ultimate parade, the Coso de Carnaval. The tradition originates from the 16th century, when it was introduced by Spanish and Portuguese travellers making their way to America. The street parades and parties that can be seen today came later, in the 19th century, as well as masked events, which allowed people of all social classes to mix anonymously at a time of strict social hierarchy.

In 2019, around 400,000 people lined the streets for the daytime carnival, so this is an event that you should certainly attend if you want to see Tenerife at its most flamboyant and excitable.

As with many festivals, Romerías were originally religious celebrations, but over the years they have expanded to become an opportunity for the islanders to come together and celebrate their cultural heritage. Each town has its own celebration, and they were designed to honour a local saint, and to pray for the success of the harvest.

There is a short walk (the pilgrimage), and then carts arrive with food and everyone parades together to the town square. There, everyone eats local dishes such as arrugadas, small wrinkled potatoes that are boiled and served with a spicy garlic sauce, and other dishes, as well as drinking plenty of local wine. The locals will wear brightly coloured traditional clothes, and there is likely to be music and dancing. 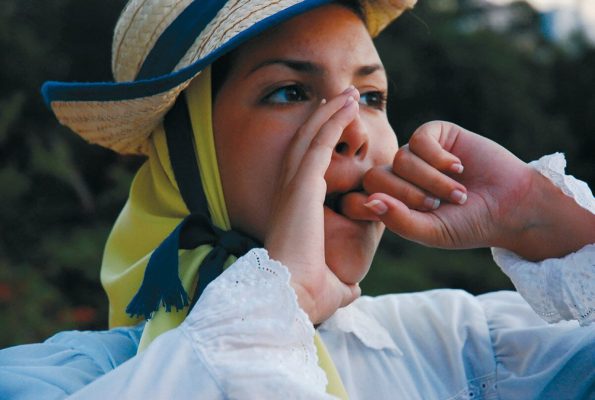 Whilst the official language of the Canaries is Spanish, another minor language is the whistling language of La Gomera, the second smallest island in the archipelago. Due to the mountainous geography, islanders needed a way to communicate with each other over long distances when they were up in the hills with their livestock. Thus, Silbo Gomero was born, and today it is considered the only whistled language in the world to be fully developed and used by a large number of people, with around 22,000 speakers. The language is also on the UNESCO list for Intangible Cultural Heritage of Humanity, and is taught in schools to keep the tradition alive.

This is the traditional sport of the Canaries, and it was historically used as a way of solving disputes between islanders, although that isn’t true today. Fighters stand opposite each other in a large circle of sand called a terraro, and they attempt to get each other on the ground, using skill rather than just strength.