Mainly mountainous, Colombia has an ecological diversity, with equal beauty in beaches, rainforests, and nature views. On one side, there are metropolitan areas such as Bogota, on the other, the Amazon, or the beach, but always admirable in every way. Its cities are filled with people with stories in an ambiance of familiarity and friendship, always ready to show their culture and cooking, regardless of the number of guests.

The food in Colombia is in itself a tourist attraction, especially because of the differences between cities. The arepa, one of its most typical foods, is eaten differently in each area—by itself, stuffed, or with various ingredients on top—making the arepa a very diverse delicacy throughout the country.

From the streets of Bogota, to Medellin, Barranquilla, and more than one salt mine with impressive caves, Colombia is a country always worth visiting and returning to. However, there are five places in Colombia that are not to be missed, especially the main towns and cities, and natural wonders.

Bogota is the capital of Colombia and the best place to start getting to know the country. It’s located in the center of the territory and is the third highest capital in the world (only after Quito and La Paz). The typical food of Bogota is mainly composed of broths such as ajiaco and puchero, but also the fritanga and tamal santafereño are worth trying.

The center is mainly composed of modern architecture, although it also has some Gothic and pre-Hispanic buildings, and is a good area to find the best hotels in Bogota. Of the main sites to visit are the Museo del Oro (Museum of Gold) and the Botero Museum, as they summarize the Colombian culture in the historical and modern scope. The temple of Monserrate has an impressive view of the city, as well as a typical Colombian market worth visiting. 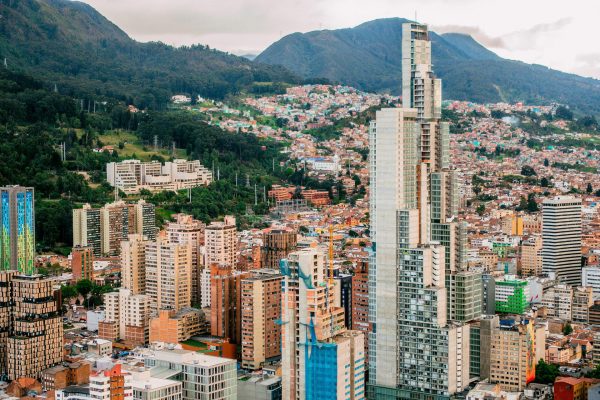 On the outskirts of the capital is the town of Zipaquira. Although it is not a popular tourist site per se, it is definitely a must-see when visiting this area. This town founded in 1600 is known as “The Capital of Salt”, as it holds the Salt Cathedral, 180 meters (590 feet) underground.

This cathedral is located in a salt mine, but what’s inside is completely unexpected. You enter by walking through a giant representation of the Stations of the Cross. The fourteen stations are represented on the walls of the mine with giant crosses carved or in relief, using the natural design of the stone. At the end, you reach the main vault, which contains the largest carved cross in the world, using all the space from floor to ceiling. 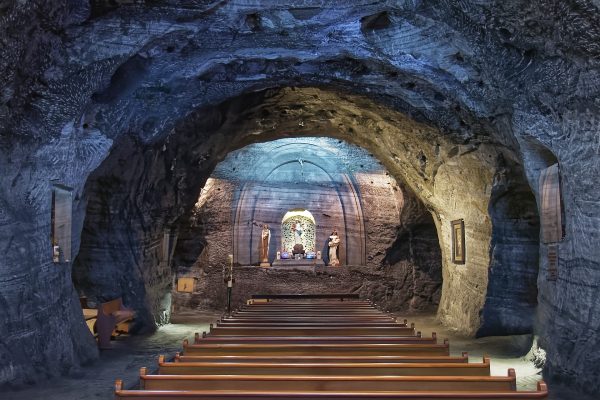 The valley where Medellin is located was discovered in 1541, but there were already settlements in that place. Among the main places to visit are the Plaza Botero, the Museum of Antioquia, and the Inflexion Memorial Park, where you can learn and commemorate in a moment of peace, the history of drug trafficking in Medellin and the area.

An important point to learn about the history and culture of Medellin is the Cerro Nutibarra. In addition to the incredible view of the city, there is a replica of a typical village of Antioquia. At 75 kilometers (46 miles) from Medellin is Guatape, where you can climb the Piedra del Peñol using a staircase of more than 700 steps. 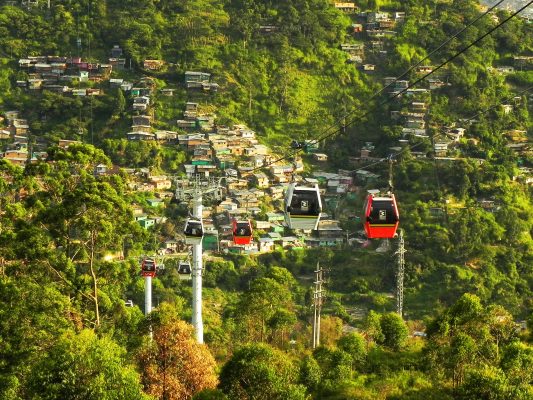 Located in the Sierra de la Macarena, Caño Cristales is a river known as “river of the seven colors”. This river contains algae and certain aquatic plants that form colors on the bottom with exposure to the sun. The name “caño” is given to a type of channel, since it’s not a very wide, long or deep river. The Caño Cristales does not reach 100 kilometers (62 miles) in length or exceed 20 meters (65 feet) in width.

The Caño Cristales is a set of rapids and waterfalls with a natural beauty not seen in any other river in the world. A tour of its different areas such as the sector of the eights—pools that seem to form several number eight—only reminds of the wonders that nature offers in remote parts of the world.

Barranquilla is located in the north of the country bordering the Caribbean Sea. It is home to Colombia’s most important festival, the Carnival, and is one of the most relevant ports due to its strategic position. It has gone through different important periods since colonial times, so its architecture is very varied.

Because of its location, Barranquilla is an excellent place to enjoy the Caribbean climate and take a relaxing holiday. However, one can visit the pink sea or the mud volcano, as well as the Tayrona National Park to learn more about the surroundings and nature. 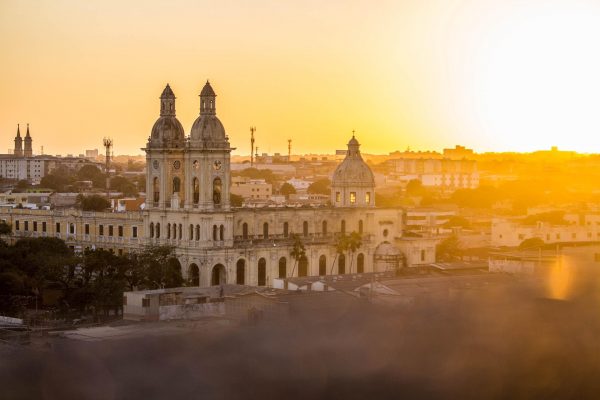