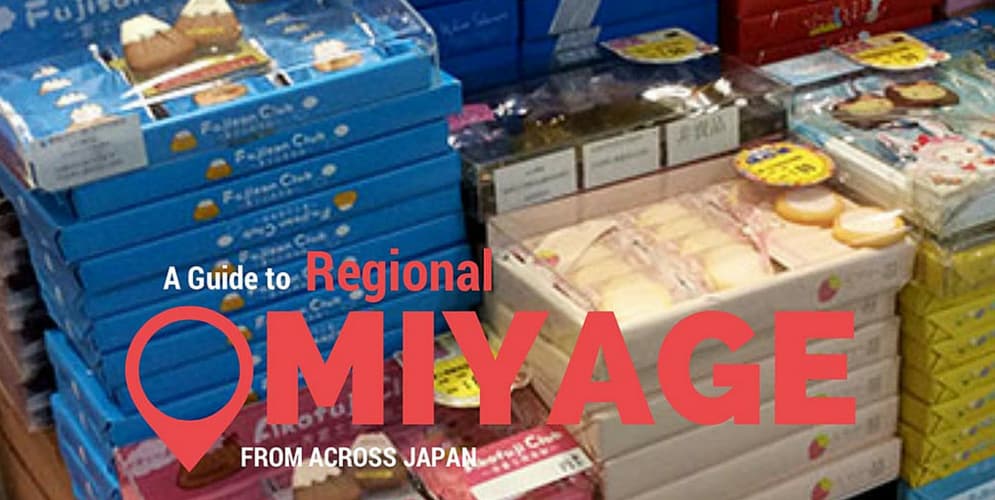 Afew months ago I talked about omiyage in Japan. A lot of people seemed intrigued about this aspect of Japanese culture so I thought I’d talk more about famous omiyage throughout the different regions of the country.

If you don’t remember what an omiyage is, it’s like an obligatory souvenir that you bring back to give others, but yet, it’s so much more than that.

When looking through the list of popular items, you’ll probably notice a common theme—food. Yes, most of the most coveted omiyage tends to be food products that are the specialty of the region.

So here’s a list of the most popular omiyage by region incase you’re panicking over what to bring back or for if you just want to buy it for yourself to eat; hey, I’m not judging you. Especially if you’re in Tokyo or Hokkaido…yum!

The Twinkie of Japan. But don’t let that statement deter you, these soft cream-filled cakes are actually good unlike their American distant-cousins. You’ll see stands for these treats everywhere in Tokyo, and even Tokyo Banana merchandise like cellphone charms and plushies. They are truly the perfect Tokyo souvenir.

You might want to buy a box or two to bring home, but make sure they’re tucked in your bag or else you might have an unwanted mix up at immigration when they see the word “banana” on the box! Kyoto is known for many things, but above all else it’s known for green tea, or matcha. Tea was said to have been first cultivated here, and even today you’ll still find traditional tea ceremonies going on throughout the city. Especially in Uji, you can find matcha flavored everything: cakes, candy, coffee, you name it. The tea leaves in Uji have been considered the best you can get since 1100. Yes, you read that right- 1100.

Known for many of Japan’s most-beloved snacks, including Pocky, Glico is one of the most recognizable food brands in all of Japan. Headquartered in Osaka, you’ll find plenty of shops selling unique Glico products, especially around Dotonbori where the famous Glico Man sign was installed in 1935.

Even though you’ll find Glico snacks being sold around the country, it’s always a good idea to get them when visiting the area they originated from! This is like the Holy Grail of omiyage. Akafuku was created over 300 years ago to welcome those visiting Ise Jingu, Japan’s most important shrine. Due to the high quality of raw ingredients used, the mochi only lasts up to three days before it goes bad, so it’s incredibly hard to transport home as a gift, which is why people want it.

Plus, unlike other regional omiyage which tends to often wander outside its own region, Akafuku mochi will only ever be found at Ise making it even more special.

It’s not exactly known how Kobe became known for pudding, but I suppose it well represents this westernized port town. The pudding itself is almost more like a flan, having a sweet taste, similar to that of caramel custard. On top it has a very light citrus liquor syrup that only brings out the sweetness of the custard. Delish!

The best part? These puddings don’t need to be refrigerated and they last a long time making them perfect to bring back from your travels. And, hey, they’re a lot cheaper than Kobe’s alternative namesake omiyage, Kobe beef. Hokkaido is unlike anywhere else in Japan. With all the fields and farms it’s just like the good ‘ole Midwest. It’s here that you’ll find lots of milk and butter, and desserts that combine the two.

Shiroi Koibito are butter cookies that are fused together by a super thin layer of white chocolate. Warning: consume these at your own risk. Don’t say I didn’t warn you! I don’t even like white chocolate but I can finish off a box of these no problem!

…and then there’s KitKats No matter where you’ll go in Japan you’ll find unique KitKat bars for every region. Japan’s done it again and kind of like Pokemon, you’ll find yourself trying to catch them all—a mission I’ve been on since the first time I went to Japan.

From fruity ones like mango or sweet potato to the more savory flavors like green tea or edamame, you’ll easily find something to fit everyone. And don’t forget about the coveted wasabi flavor. I’m sure that anyone you bring that back for will love you forever for it. Trust me. 😉

What do you want to buy in Japan?