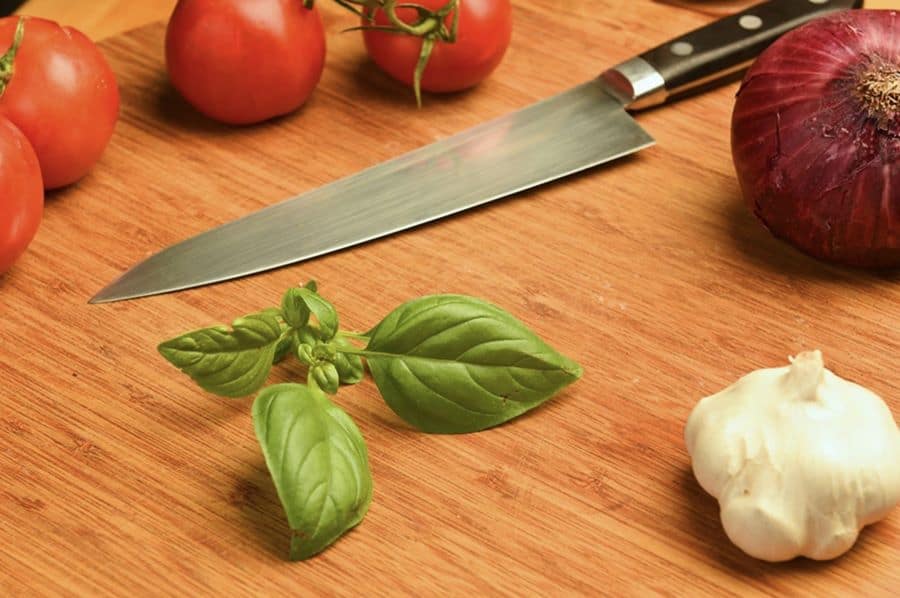 Overview of a Gyuto Knife

A Japanese Gyuto knife is of incredible purpose as it is used in the preparation of food for functions that include chopping and slicing, among many others.These knives are usually a product of Japanese blacksmithing methodologies and are made in various designs. Japanese Gyuto knife designs are distinguished in categories of;

Steel-Japanese Gyuto knives are designed by stainless steel versus carbon.

Japanese Gyuto knives are super functional in a kitchen setting because they perform various tasks and can be used with a variety of cutting skills in the cutting of fruits, vegetables, meat and fish.

In addition to being multi-purpose kitchen knives, Japanese Gyuto knives are durable. With the rightful care they can last for eternity.

The Japanese Gyuto knife is used with various common slicing techniques that include the below.

The aim of chopping or thrust-cutting with a Gyuto knife is to come out with a clean cut through a tough or firm produce.

The clean cut is achieved by placing the meat, vegetables or any other produce to be sliced near the heel of the knife and slice through them.

Push-cutting or pull-cutting with a Gyuto knife involves focus on use of the slope from the heel of the blade to the tip to glide between pieces of meat.

The History of the Gyuto Knife

The Japanese Gyuto knife originated in late  the 19th century during the Meiji period.The term Gyuto basically refers to beef-sword making a Gyuto knife a knife very essential in cutting meat among other goods in a kitchen setting,

A Gyuto knife is a Japanese improved and more efficient Western –style chef knife in that , During the Meiji period Japanese chefs were enamored with the German and French style knives which  had pointed tips and a double bevel blade grind. These knives were adopted, adapted, appropriately weighted and also elaborately sharpened in accordance to the Japanese chefs discerning techniques and styles.

In a nutshell the knives were efficiently improved and renamed by the Japanese, naming it the Gyuto knife. This knife is an advanced Western invention and is an important component in the Japanese restaurant’s utensils where majority Western food is often prepared and served. These foods include meat chops, steak, vegetable salad, fish and fruit salad just to mention but a few.    The Japanese Gyuto knife has become a highly demanded tool and common necessity in the Japanese slicing techniques and culture.

The Japanese Gyuto knife due to its durability, efficiency, time saving and legit design tends to be on a high demand. This is due to the fact the knife is highly recommended for any chef and any person performing kitchen duties considering its multi-purpose advantage in the kitchen. It also makes work easier in the kitchen; hence one uses lesser or no energy in cutting or slicing and prepares presentable food from the Gyuto knife’s clean cuts.

Anciently and up to date all credit goes to the Japanese craftsmanship for excellent work and technology in coming up with the Gyuto knife. This has created trust in the people over time on the quality and the impact of the knife world-wide.

Gyuto knives are made of different kinds of steel. Popular varieties include; Aoniko which is Japanese Steel Alloy, Damascus which has stainless steel cores and high carbon and Super Blue Steel.

The craftsmanship of the Gyuto knife is very unique, for instance, there is a wide variety of handle designs. Some of the knives have the western style handle that has a full tang while others have an octagonal handle that has a partial tang. Chefs choose a knife with a handle they are comfortable with because both are efficient.

Japanese Gyuto knives may be a   product of stainless steel also referred to as Yasugi. Stainless steel is also used in the making of Japanese swords; this is because of its resilience to wearing and tearing, long lasting and tough in nature. Under proper maintenance, the Japanese Gyuto knife is highly durable; it can last for a very long span. 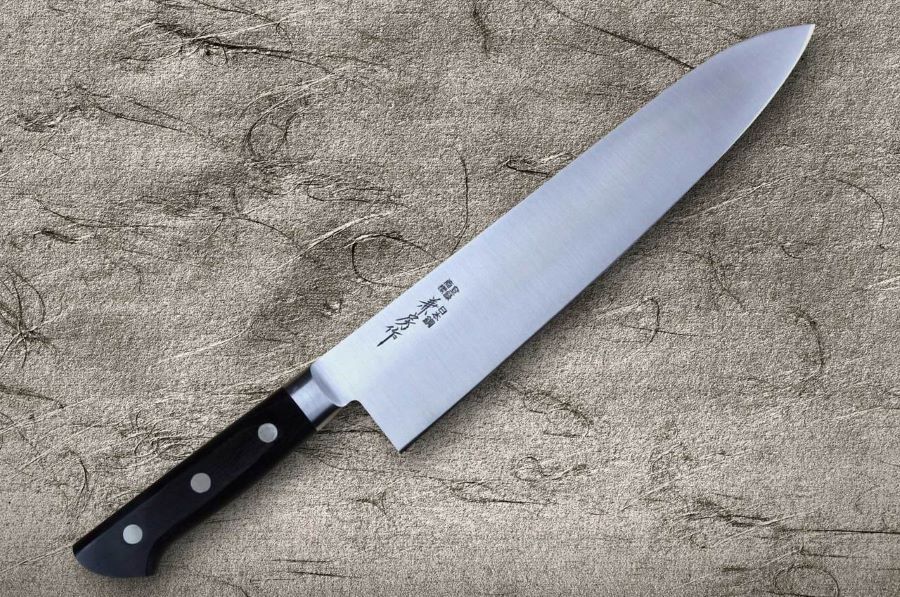 The Japanese Gyuto knife is a no regret tool to include in your cutlery composition as it is of excellent outcomes every time it is used .This knife being a modernized form of the western chef’s knife is abundantly attractive and unique. Japanese technology, superior metal, proper weight allocation and workmanship in crafting and designing the Gyuto knife bring out a very beautiful knife.

A Gyuto knife’s weight is slightly closer to the tip as opposed to the western chef’s knife that is centrally weighted. These knives as opposed to the French Sabatier knife have a slightly different curvature of the blade making it more elegant and incredible.

The Japanese Gyuto knife aims on sleek slices that are nimble, it brings out the chef’s desired shape of a slice in a neat and clean cut. The very advantage of bringing out presentable food gives everybody a dream of owning a Japanese Gyuto knife. This dream is valid and becomes true by getting your Gyuto knife from our beautiful collection.

From this article, it’s evident that Gyuto knife is a go and you need to get one today! The Japanese Gyuto knife is the best knife to be used at a restaurant or even at home.