Whether you are a big-time fan of Last Crusade or Indiana Jones, the movie’s last scene is still crafted beautifully in your mind. The elder Jones and the son stumbling upon the city of Petra is a heavenly visionary that makes you wonder about a visit to Petra. Generally speaking, Petra in Jordan has to be one of the top bucket list places that any traveller (read wanderer) would want to leave in their footsteps.

To state the city as one of the Seven Wonders of the World would be a gross understatement. This city decorates itself with the rose colour carved into a cliff face. All in all, it’s a sheer masterpiece of vintage ingenuity and skill. It was rediscovered in the year 1812 by John Burckhardt. 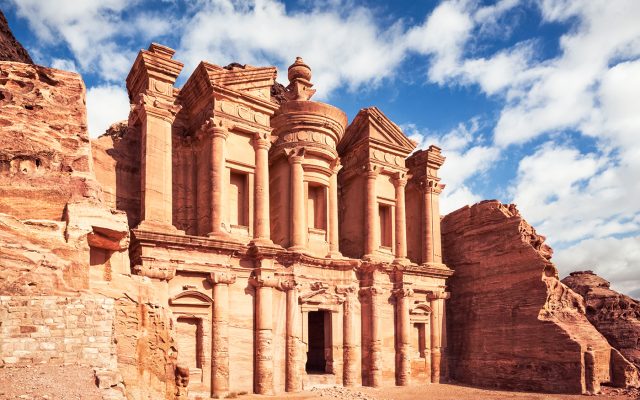 Today, the site has captured wild popularity as a tourist destination to get firsthand encounters with the preserved ancient appeal. If you ever want to book one of the tours here, learn further about the fascinating facts. Here’s an outlook to the eight surprising facts that make you wish to pack your bags and head to this astounding Jordanian treasure.

Petra Archaeological Park has been protected as a UNESCO World Heritage site from 1985 because it features outstanding universal value thanks to its preservation, architecture, and functionality.

Given the location in a desert region, it indicates that the original inhabitants required creatively devising ways to receive water and other resources. Petra’s sheer beauty and size, coupled with its resourcefulness, is the reason why it’s a cherished UNESCO spot in the whole world and why travellers do not miss Jordan Petra Tours. Another fascinating thing is that half of Petra is carved into rock whereas the remaining half is human built.

What You Regard As A Popular Treasury Is Incidentally A Graveyard

Petra’s treasury has been a topic of discussion in significant movies and other platforms. But the treasury is not the looming maze of the booby-trapped rooms that separate the unworthy from the righteous. It happens to be comparatively a small area that’s been anciently prominent as an incredibly decorated graveyard.

The buried treasure might have been removed a long time ago, although this Treasury facade is a gem of all gems. Kudos to the architectures carved by Nabataeans a hundred centuries ago (or more!).

The Nabataeans had held their dead in esteem and gave special attention to honour them as they passed from the mortal world to the immortal one. They had built over 1,000 tombs on mountains in and around this city. These are the tombs that mingle with depictions of gods and lend an air of fluidity between the earthly and sacred.

As people of the bygone days at this place, the Nabataeans used to worship the sun as the only source of life and light. And the design of Petra depicts and reflects reverence. A majority of the city’s sacred spaces have been constructed to align solar patterns, such as solstices.

This is a careful design that offers archaeologists and scientists in-depth and valuable insights into Nabataeans and how they respected Petra.

Some Descendants Of Nabataeans Call It Home

Ever heard of the B’doul tribe? They still claim that it traces the lineage back to their original Nabataeans. In fact, some members even live in and around Petra. And today, multiple of them belonging to the B’doul and Bedouin tribes assist tourists as guides. They help them roam around the place and offer an in-depth understanding of the historical past. 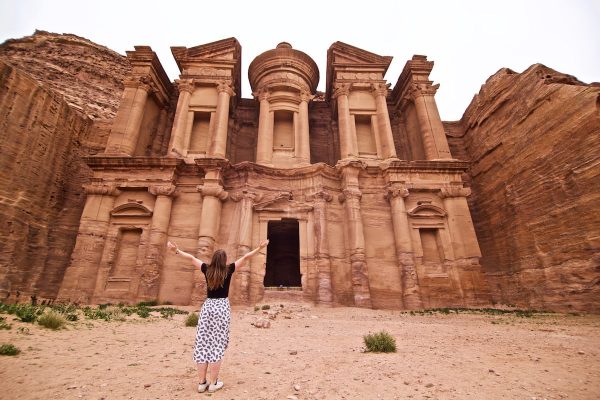 The beautiful artwork of Petra got massively damaged in A.D. 363by the gigantic earthquake. Post the accident, it levelled most of the places in the city and ended the reign as a wealthy and thriving trading centre. In the aftermath of the massive disaster, many Petra residents left the area.

It Is At Proximity with A Popular Biblical Site

As far as the Bible, Moses drew water from the stone in the Valley of Moses or Wadi Musa. The water supply of Petra was derived from the location. And according to the Biblical tradition, it continued to gush the water after the miraculous act of Moses.

Although Petra’s architecture didn’t include Christian aspects, the proximity of the ancient city to Wadi Musa makes it a captivating pilgrimage site for the Christians.

One Of The 7 Wonders Of The World

Petra has got classified as the World’s New Seven Wonder, alongside the remarkable spots like:

Some Important to Learn Before the Visit

Petra is scorching during summers; thus, planning the trip for early autumn or late spring is imperative. Unfortunately, a majority of this ancient city isn’t wheelchair accessible. No cars get the allowance to enter near the ruins.

Petra’s magic lies in the history books and cultural discussions. So, it is essential to enjoy your visit to the city. It stretches to a massive 60 square kilometres. So, you may require walking a lot. However, you can always take travelling choices to visit the spots by horse, camel, or donkey.

On your visit to the place, please bring ample water, sunblock, and a comfortable pair of shoes. Remember, a light scarf can cover up the shoulders while accessing the sacred areas. Never forget to carry this accessory.

A majority of hotels in Petra supply a packed lunch only when asked the night before. Plus, there are stalls outside its entrance where you may select your snacks and drinks like crisps or chocolate. Prices inside the tourist spot are much higher, so it’s worth stocking up! Else, you can also think of tempting your taste buds with the local snacks out there.

Are you planning to make a trip to Jordan? Here’s to reminding you of the mistakes you must avoid. You can also plan an off-beaten voyage in the country and enjoy it! So, when have you decided to book your tickets?