Costa Rica is known for its wildlife and incredible nature.

Of course my plans there involved mainly relaxing by the beach and practicing yoga, but when the opportunity to release baby sea turtles came up, I wasn’t about to miss that.

I know I gave you all the eco stats earlier, but the Osa Peninsula alone is known as the most biologically intense place on earth with 2.5% of the world’s biodiversity. That’s insane considering the size of it!

Now, it wasn’t guaranteed that we would be seeing baby turtles, but we were told that if any hatched during our stay at Blue Osa that they’d let us know.

Each day we all waited anxiously to hear if any turtles had hatched that morning.

And then we got the call.

While it was cool to see all sorts of critters like howler monkeys and scarlet macaws, I was ecstatic when I found out we’d be releasing little turtles. Because, you know, turtles.

What made it even more special was that these little buddies shared the same birthday as me!

So after driving for almost an hour through mountains and through rivers (for real, we legit Oregon Trailed it!), we arrived at the Osa Conservation Center, where we then had to hike through the jungle for another 20 minutes. 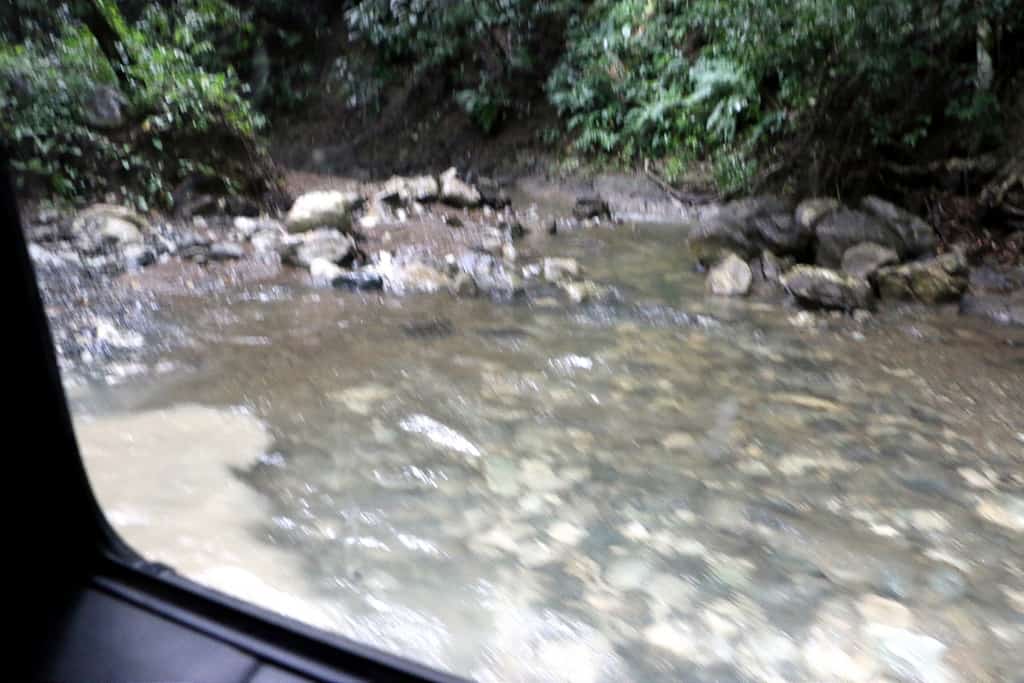 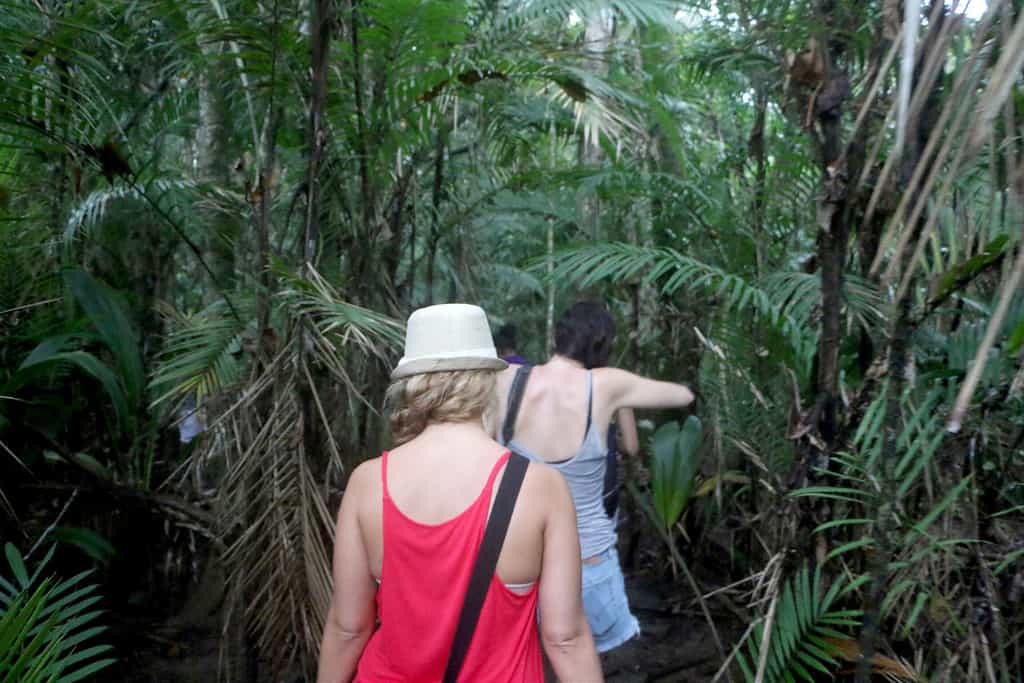 Sweaty and tired, we finally made it to the beach– where, guess what?? We had to do more trekking!

Have you ever tried to hike across a beach wearing those hiking shoes with holes all over the place? Yeah, don’t do it. I felt like I was continually sinking in the sand and having to put forth twice the effort needed.

All that effort paid off though when our guide and turtle expert Manuel led us inside the hatchery, where we met several little girls waiting to meeting us. Manuel and his team of volunteers comb the beach every day collecting any eggs they encounter. They then relocate the eggs to their safe patch of beach and wait for them to hatch.

The hatchery is actually divided out into grids, which correlate to the beach. This is important so that each turtle is released from the exact point where their egg was originally found. 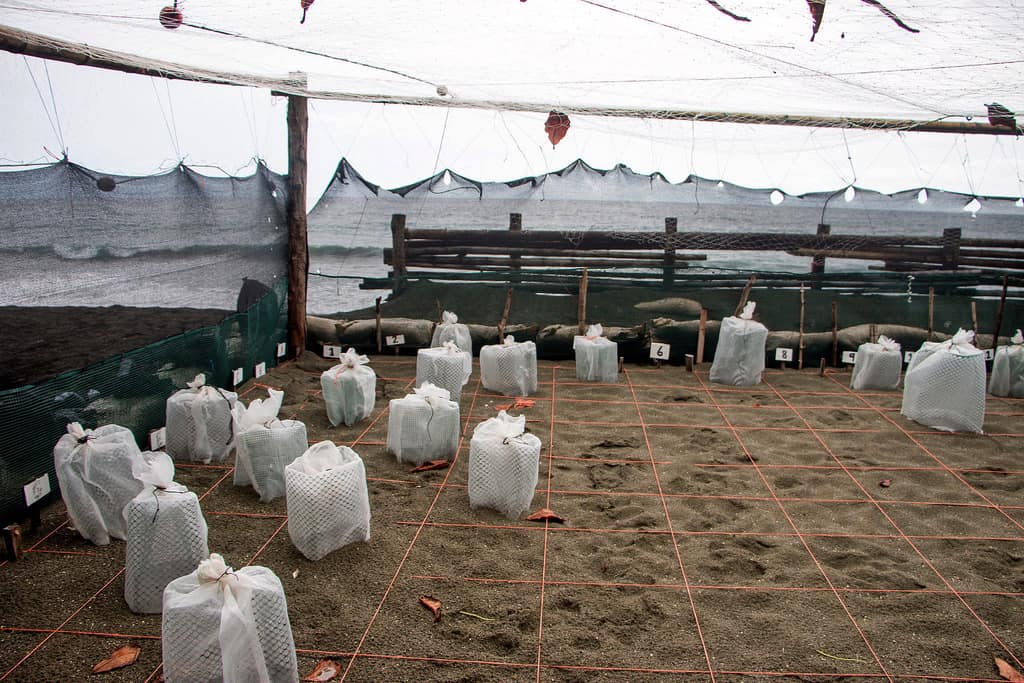 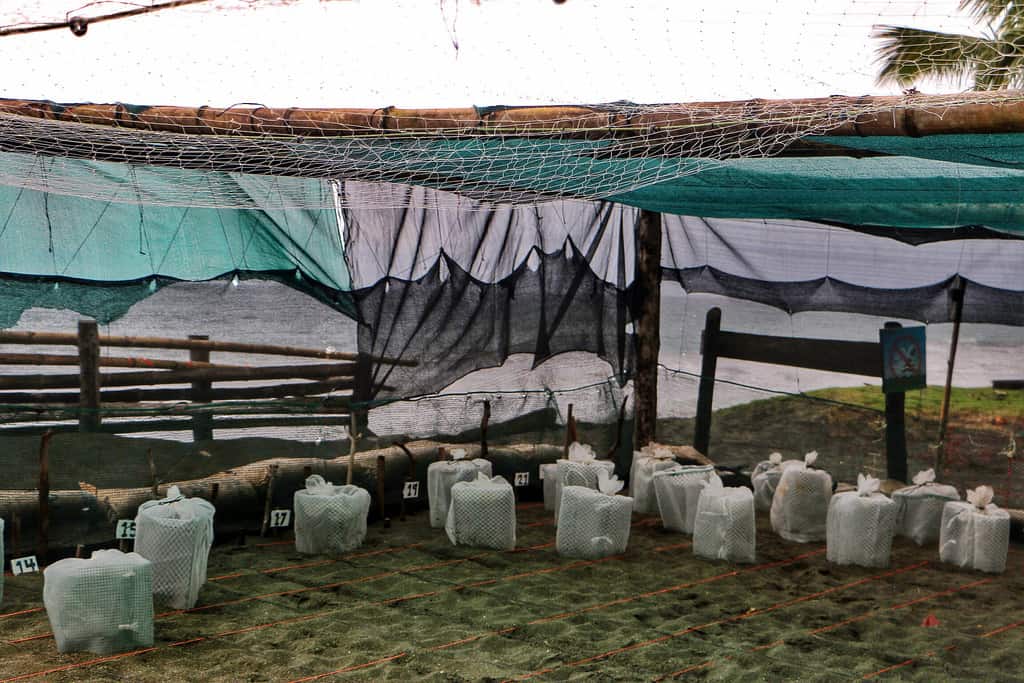 As dusk was quickly approaching, we began carefully taking the little cuties out of their nest and placing them into a giant bucket.

Once we had collected everyone it was go time.

We grabbed the bin and trudged once more back across the beach to where these particular turtles had been laid. Then, one by one, we began releasing our little babies, watching them squirm their way towards the water.

We eagerly cheered them on, wishing them safety. You see, only 1% of sea turtles actually survive long enough to reproduce. So sadly, their odds are against them, but I have a good feeling about these little ladies.

We watched like proud parents until the final wave whisked them out to sea. Waving goodbye, we can only hope that some of these turtles will one day make it back to this very spot to lay their own eggs. Not a bad way to spend your 25th birthday, am I right?

Osa Conversation is a locally owned non-profit organization that works to protect the precious biodiversity of the Osa Peninsula. As such they rely on donations and volunteers. If you are interested in aiding their efforts, please check out their website for more information. The work they do is invaluable, and it is such an incredible experience to be a part of it. Releasing sea turtles was one of the highlights of our trip to Costa Rica!

Have you released sea turtles before? Would you like to?